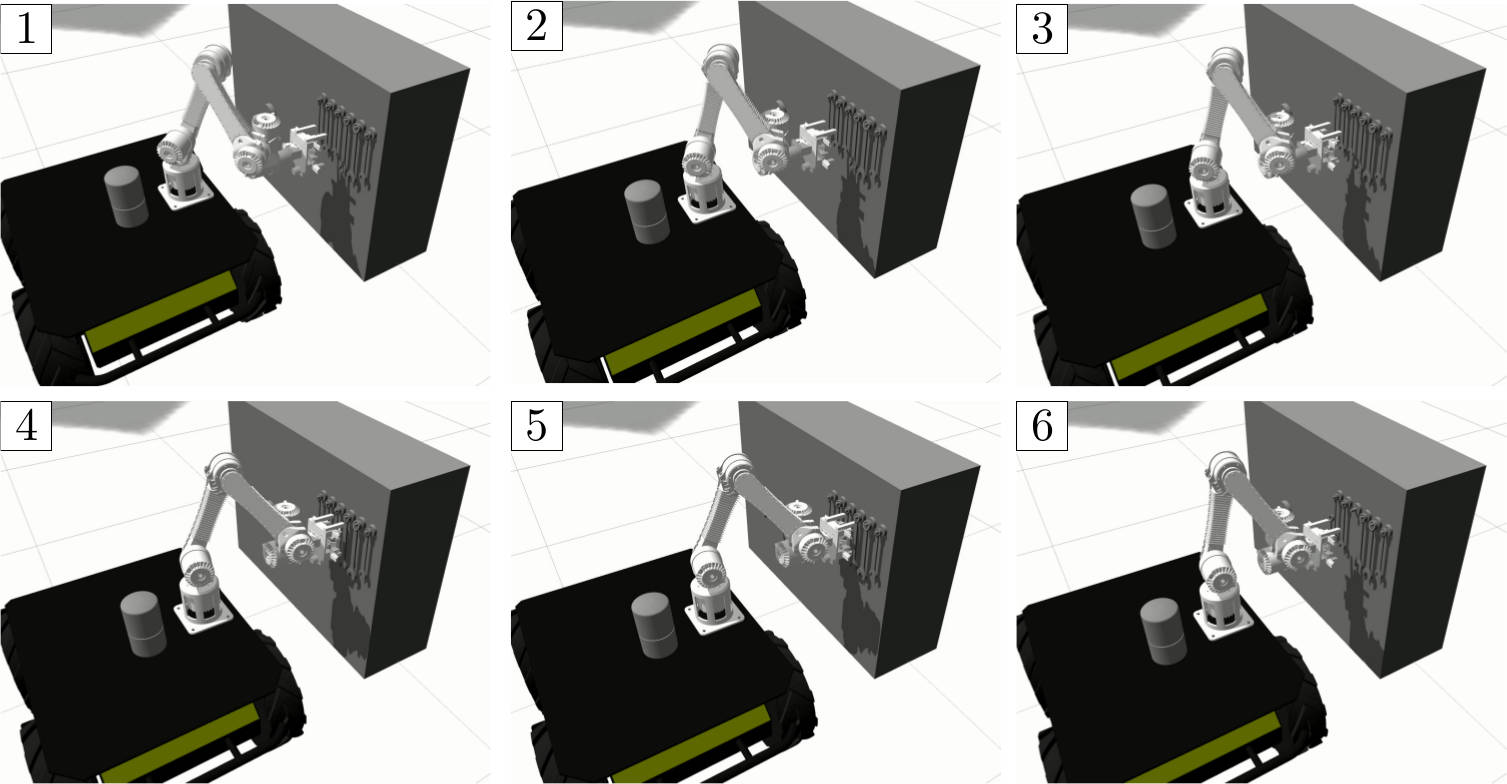 My master thesis titled Planning and Control for Autonomous Mobile Manipulation is concerned with developing a mobile manipulator.

Here is the abstract:

This work documents the development of several major components for an autonomous mobile manipulator. The first part of the paper at hand is concerned with modeling and control of a wheeled mobile manipulator. We present the robot hardware and derive a kinematic and dynamic model of the system. Subsequently, a unified force-motion controller is developed, capable of task-space reference tracking and collision handling. Furthermore, we show how maximizing a manipulability measure can be used to automatically coordinate the motion of the mobile base. In the second part, a manipulation mission is considered. We describe additional components related to navigation and identification of the manipulation site as well as aspects of a visual servoing scheme for autonomous object manipulation. A scalable mission control module is developed that coordinates tasks between navigation, manipulation control, visual servoing, and gripping. Data on the performance of the manipulation controller are obtained from a physics simulation which show accurate reference tracking behavior. The manipulation site identification module is tested on a recorded dataset from a field test.